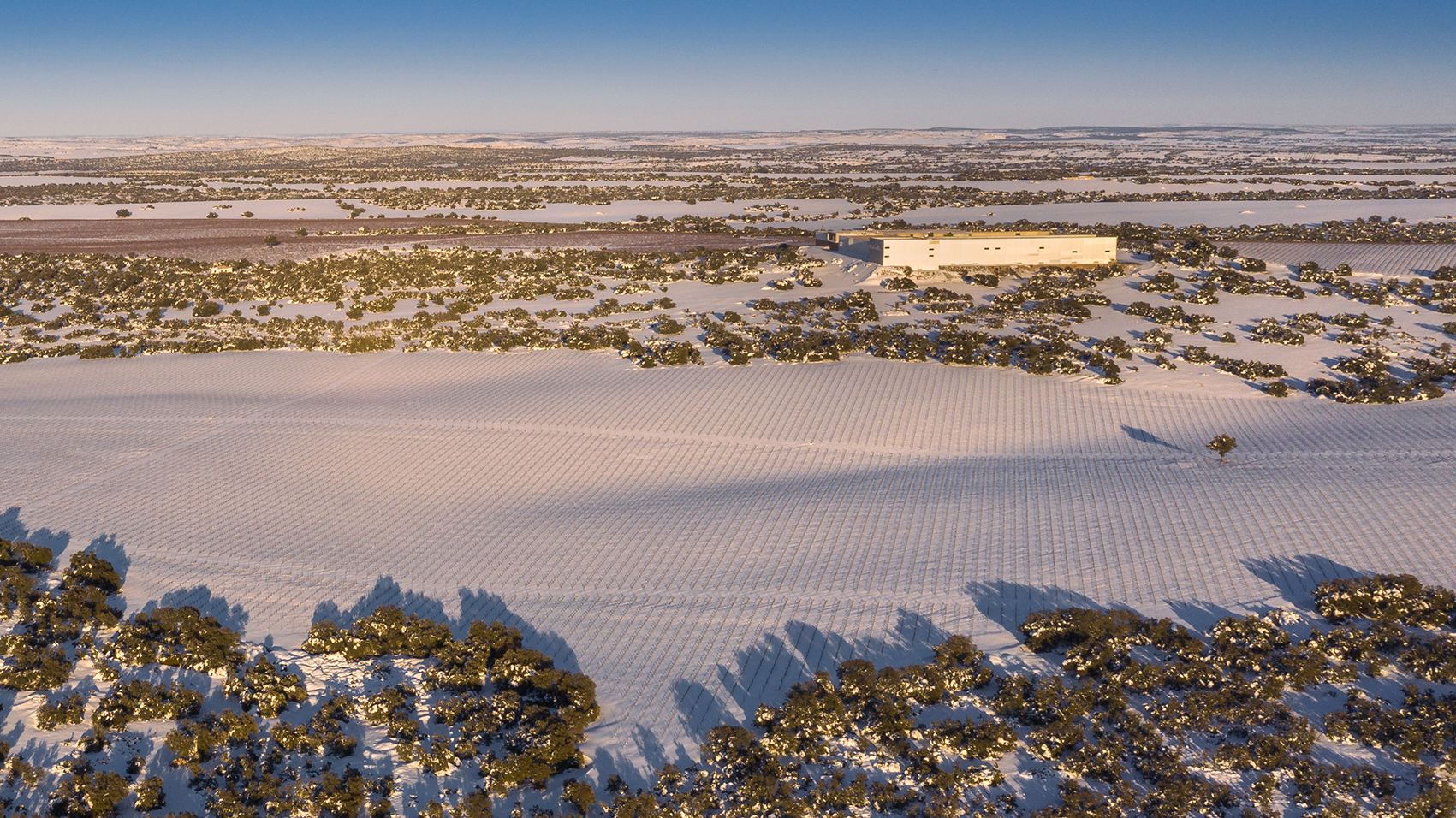 In these past few days of January, the snows all over Spain have produced idyllic images of fields and vineyards totally covered by a thick white mantle. In fact, this is not only an aesthetic issue, as in vines’ case, the Spanish popular saying “years with snow are good years” (“Año de nieves, año de bienes”) is correct in all senses, despite the most beneficial results not being immediately visible.

At this moment, the grapevines are in a latent state. In other words, after being harvested in September, they are resting, and their activity is halted until the sprouting begins. For this cycle to be regular, stable and complete, it is essential for Winter temperatures to be very cold. This is almost as necessary as very hot temperatures during the Summer in order for the right ripening of the grapes.

This Winter’s snows provide a very special water reservoir to the vineyards, given that the snow remains stable over a surface even if it is horizontal or sloping. Said snow will eventually start to melt and slowly begin to form part of the soil’s reservoir of water.

These circumstances also protect the plants from two of its main enemies: plagues and fungi. Firstly, there is no parasite that can withstand such low temperatures. Therefore, it is beneficial to have a freezing period which can help the plants get rid of any plagues, such as green mosquitoes, yellow spiders and thrips, as well as some important diseases such as the fastidious Xylella, which is destroyed at prolonged low temperatures. In addition, it is quite relevant to highlight the disinfectant effect brought on by cold temperatures, which prevents fungi from affecting the buds, the vine shoots and the bark in general.

In fact, these protecting natural factors are fundamental for a smaller interference of manpower in winegrowing by using different treatments or other types of interventions on vines in order to manage their health and fight any of their diseases.

Because of all these reasons, it would be reasonable to claim that snow is the best form of precipitation, as, if it comes accompanied by mild temperatures and/or rains, all the volume of water that falls will infiltrate in the soil and be exploited. This is, of course, if it happens without runoffs, or the courses of water formed when precipitations excess the soil’s drainage capacity and water overflows.

On the other hand, if the snowing is followed by low temperatures with severe frostings, it is not totally exploited. This is because the process of sublimation naturally happens, where snow transforms from solid to gaseous state directly, without being in liquid, or water, form at any point. In this occasion, it has snowed so much that, even if some part of it is lost, the majority of its snow will have a profitable effect.

In this month of January, we’ve had snows at all three of Familia Martínez Bujanda’s estates: Finca Valpiedra, Finca Montepedroso and Finca Antigua. This latter one has even beaten a record, as it has registered levels of approximately 1 meter of snow fallen, followed by very low temperatures.

Now is the moment to cross our fingers and hope that not only the Spanish popular saying becomes true, but also the French one: “hiver froid, bonne moisson”, which translates to “cold winters, good harvests”.