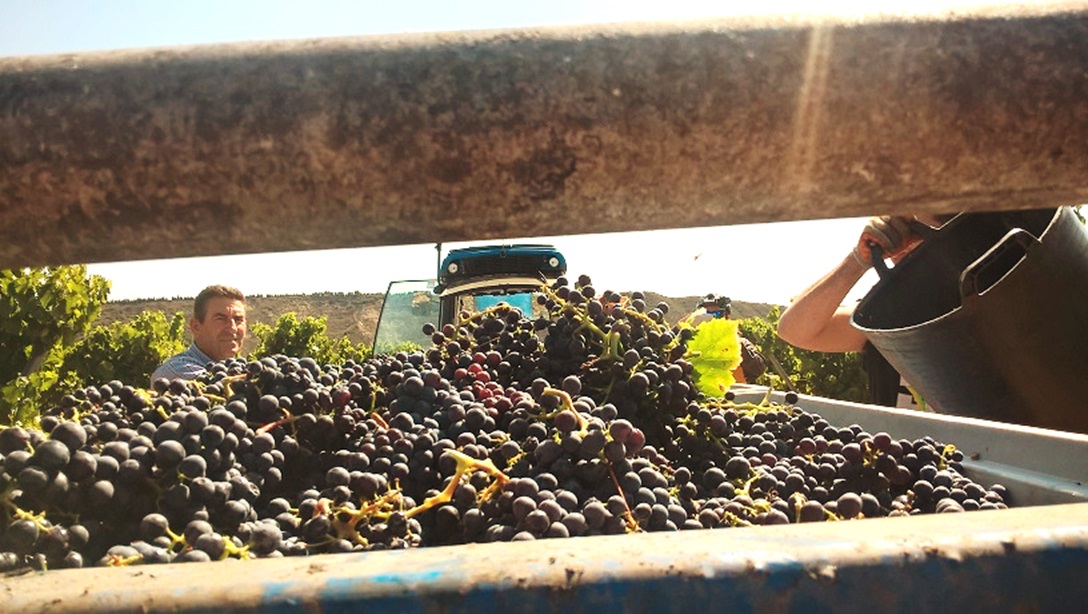 It is hard to forget the faces of the vine-growers after a disaster such as that which took place on April 28th in La Rioja, on Saint Prudence’s Day. The frost destroyed much of the work that had been done, and seriously jeopardised the future work of hundreds of vine-growers and wineries; since the consequences of such a severe frost not only imply the loss of most of the harvest but also certain costs, especially in terms of work, which are much higher than in a normal campaign.

As we previously wrote in this space, we were lucky at Finca Valpiedra and, thanks to the microclimate of our vineyard next to the river Ebro, but also to the preventative work of our technical team; we were not affected by this whim of nature which has marked the campaign in both La Rioja and Ribera del Duero, the country’s two most emblematic wine regions.

Finca Valpiedra is located on a meander of the Ebro River between the towns of Cenicero and Fuenmayor, very close to the river mouth of the Najerilla in Torremontalbo, which marked the red line (towards the west) for the areas most affected by the frost. Unlike the majority of vine-growers in La Rioja Alta, we have had a totally calm and quick harvest: we started on September 1st and would be finished by the last week of September, with very good weather and an excellent end to the growth cycle.  Fortunately there were cool winds and a dry atmosphere to finish off ripening perfectly making it possible to select the optimum time for harvesting each of the plots.

However, there is another factor that affects the 2017 campaign, which is the drought. As an aside, someone should look into what happens with the years ending in ‘7’ because the 1997 and 2007 harvests were both very complicated in La Rioja. In this respect, at Finca Valpiedra we estimate that production will be 15% lower than expected and this figure is bolstered by the late August rain, without which we would be talking about a decrease of around 20%.

That said, our technical team is delighted: totally healthy, small bunches and grapes…, which will produce concentrated wines, with a lot of color, and a limited alcohol content thanks to the work carried out on the plants in our vineyards.

In recent years, we have had typical harvests which, more than ever, affect the work and maintenance of the vineyards. 2013 was a cold, late and rainy harvest, to the point that Finca Valpiedra was not produced since it was not considered possible to offer a full guarantee for the ageing properties of our great wine. 2014, with severe plant health issues in La Rioja due to botrytis, was a great vintage for us which we harvested before the rains. 2015, with its ‘express’ ripening process was one of the earliest harvests of all times in La Rioja, like the current one, and it was excellent for us, as was 2016, also characterised by the drought.

Where 2017 is concerned, the technical team could not have a better impression for Finca Valpiedra, although, in general, it will be one of the toughest years ever in La Rioja, for some, those worst affected by the frost, even heroic.