The history of wine bottle size 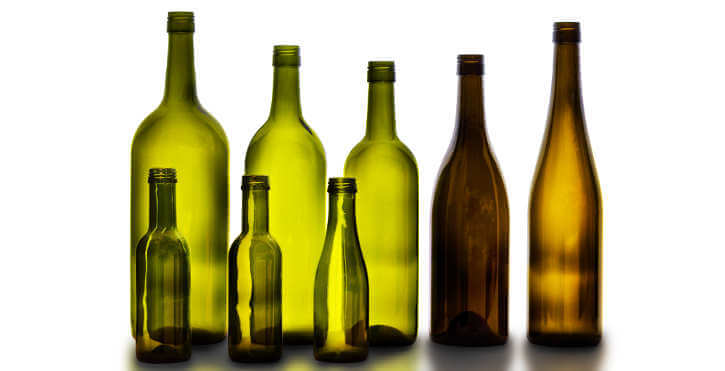 Even when you will find as many as 14 different sizes or formats of wine bottles, the standard bottle size is 75cl, or three quarters of a litre. The reason for this peculiar size is not clear, since there are different theories to account for it. In any case, in the 1970s, a number of countries agreed to adopt 75cl as the standard bottle in order to simplify customs procedures.

Until the 1970s, there was no single wine bottle format and this was confusing when it came to calculating and collecting import/export taxes. The decision to standardise the size of wine bottles was based on economic reasons, as could be expected. The US and the UK were using their traditional units, both derived from the English units of ounces and fractions, while continental Europe relied on the metric system. Regulations were needed for consistency in global trade.

Only as recently as the 1970s, European industrial nations and then the US and Canada, as well as other countries around the world, standardised bottle sizes, agreeing on a volume of 750ml or 75cl.

Until then, bottles used to hold 700-800ml, mostly 730ml – the average capacity of a man’s lung or a fifth of a gallon, the standard size for wine and liquor in Anglo-Saxon countries. Before they were industrially made, ‘fifth’ bottles could be created by glass blowers in one blow, and so this size was adopted as standard in the glass bottle industry.

Some experts find the explanation in ancient Rome. Even when the Romans did not use glass bottles but clay pots, one of their units of measurement was the acetabalum, whose estimated volume was around 700ml – the amount of watered-down wine that was considered a reasonable daily ration for a man.

Whatever the reason, 75cl is the most commonly sold bottle size for wine, which certainly makes it difficult for wineries and wine distributors to do maths. At wineries, wine is measured in litres; at the bottling stage, the numbers need to be adjusted as a function of bottle capacity. And for shipping and distribution, wine is packaged and delivered in 12-bottle boxes, which makes a total of 9 litres. It is all about adding and multiplying once and again.

Be that as it may, we are all now used to the standard size for wine bottles. It is so widely accepted that it has become a part of the wine drinking culture the world over.