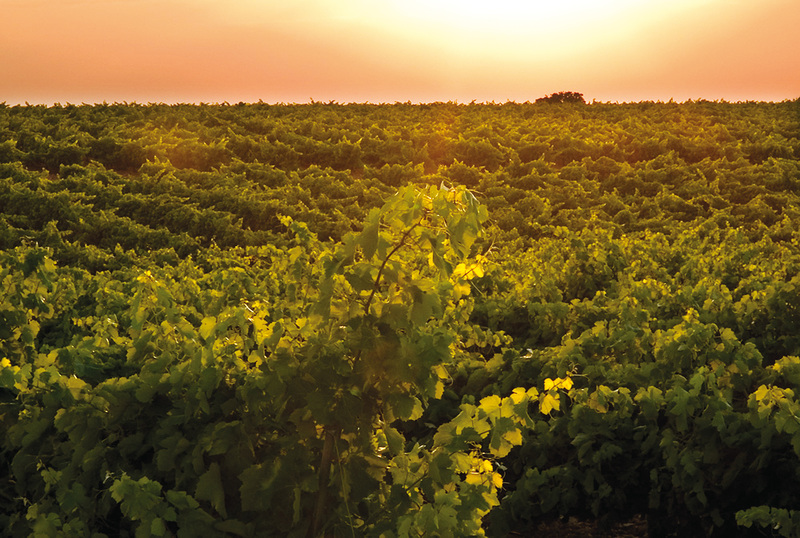 The phenological stages of the vine, the complete development of the vineyard cycle

Enjoying a good wine is a pleasure that allows us to make a break in the daily stress, that moment of relaxation in which the problems pass to a second plane. Any time is a good time. Everything begins in the vineyard, where the vines go through the development cycles that close the process. These are the phenological stages of the vine. Here we tell you about them.

Phenology. The study of biological phenomena in relation to climate, particularly seasonal changes. The concept, adapted to the complete development of the vineyard cycle, shows us the keys to the phenological stages of the vine, from its origin to the ripening period. The exhaustive follow-up of this process allows the winegrower to monitor in detail the evolution of the vine and to apply the optimal treatment required by the plant at each of its stages.

There are many sources for reviewing the phenological stages of the vine. The oldest is the one of M. Baggiolini, who initially divided the phenological evolution of the vineyard into ten stages in 1952. A few years later, Peterson added five more stages, from budbreak to leaf fall. Without going into numbers, in this article we will explain the different stages in a didactic way.

In temporal order and using the seasons as a starting point, the first phenological stage is known as winter bud. It is the period after leaf fall. The vine has no vegetative activity, and the winter name of the term responds to the resistance of temperatures up to fifteen degrees below zero.

The dormant buds open the way to the second phenological stage of the vine, the weeping. The raw sap bursts through the pruning wounds and the first external manifestation of the plant’s activity takes place. From this episode, the bud begins to swell. Thus, the outer scales separate, and the hairy surface emerges.

The next chapter in the phenology of the vine is known as the green tip and is the moment when the rise in temperatures causes the bud to open and the first green shoot to appear, which represents the prelude to the next stage, of the incipient leaves. The arrival of spring causes the birth of the first open leaf of the bud, although at its base it is still protected by the bloom.

The bud of the first leaf uncorks the next stage, in which the apices of the leaves appear completely visible, grow, expand and the different varietal characteristics begin to be appreciated.

The next phenological stage, which experts identify as the stage of separate flower buds, gives way to the beginning of flowering. The calyptra separates from the base of the ovary and falls, exposing the flower organs. Later, at the next stage, the vine reaches full bloom with the maturity of the stamens and pistils.

The beginning of summer triggers the fruit set, which allows the withered stamens to fall, so that the thickening of the fertilized ovaries will constitute the grape berry. The supply of nutrients favors the size of the berries, which reach the next stage of flowering with the denomination of pea berries, in relation to the size they acquire. This growth of the fruit causes the cluster to close and all its parts to finish forming.

With the bunch closed, the beginning of veraison begins. There is a temporary halt in growth as chlorophyll is progressively lost. At the same time, and simultaneously, the characteristic coloration of each variety begins, whose evolution gives way to full veraison, where the berry acquires a translucent appearance, a softer and more elastic consistency, and is covered with pruine. Ripening begins, a process in which growth resumes, acidity decreases, and sugars accumulate. It is here that the aromas that characterize each variety are generated.

In autumn, the leaves begin to fall, this is the penultimate stage of the phenology of the vineyard (with the grapes already harvested). At the beginning, with 5% of the leaves fallen, and at the end of the cycle, respiration is reduced and transpiration stops. At this stage, the cycle ends with the total leaf fall.

The study of this phenological cycle of the vine has a special incidence in the care of the vineyard, since it allows to analyze how the development and growth of the vegetative and fruiting organs follow one another in a very close relationship with the climatic and cultural conditions. The phenology of the vine is closely linked to the biological agents of the environment and the cultural requirements of the vineyard.