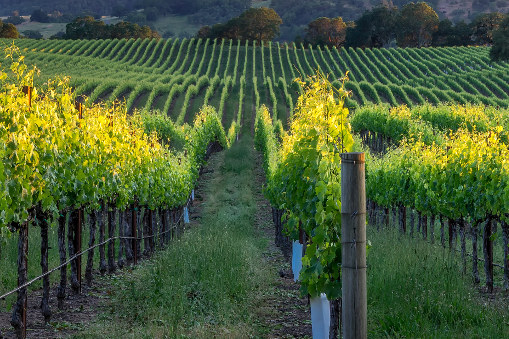 Every year, toward the end of winter and the beginning of spring, as temperatures rise the grapevines start ‘bleeding’. This curious process, overlooked by everyone except viticulturists, marks the beginning of a new life cycle that finishes when the leaves lose their color and fall to the ground in the late fall.

In spring, when the soil temperature rises and reaches 10ºC, reactivation of the metabolism occurs in the plant. Active root growth begins and sap flows up through the stem until it reaches the canes and the prune cuts. Liquid oozes from the ‘wounds’ until it turns into a gelatinous substance, and eventually calluses form on the wounds. The clear dripping liquid is usually referred to as ‘tears of grapevine’ and the plant is said to be ‘bleeding’.

Grapevine bleeding occurs after pruning. However, it is not pruning that causes the bleeding, as the latter is an effect of environmental conditions, the rising temperatures and the level of water reserves. In short, bleeding simply shows that the plant has come back to life.

This natural phenomenon can occur earlier or later, but always after pruning. It lasts seven to ten days, depending on the weather and location of the vineyard.

Oozing stops even before a callus forms on the wound, which is covered by a gelatinous substance produced by bacteria, sap and minerals. The watery liquid covers the cuts and helps regulate bud break and the early growth of vines.

This stage of the annual growth cycle, called budding or bud break, becomes evident in spring. Tiny buds on the vine start to swell and eventually shoots begin to grow from the buds. But that is a different story. We will come back to it in another post.