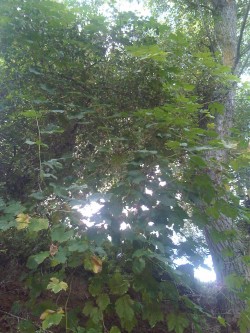 Of the more than sixty existing species classified types of vines, the climbing vine included in the group of the Vitis Vinifera, used for wine. This is a shrub and climbing plant that can reach 30 feet high, very far from the image of shrub in the woods of no more than a meter high, which is usually identified with the vine.

The climbing vine is one of the least known and least used specimens in vineyards for grape growing. Because for its growth it is necessary to be planted near a tree which allows it to develop in all its fullness, it is rare to find this variety of grape on crops and vineyards of Spanish wineries.

The first to use this vine to make wine were the Romans. Although around the year 2500 BC as the Egyptians made ​​wine, it was much later that the Greeks and Romans consumed wine and therefore began to cultivate vineyards.

The Romans used the Elm tree to support this climbing plant’s growth, and even in the Middle Ages, when the wine was kept largely thanks to the monks and the needs of the church which used the wine at Mass, the association of the vine to the elm also appears to be been used. From this period comes the expression “do not ask the impossible” as the Elm tree was used as a guardian of the vine.

Being a vine, the vine can be grown on trellises, a system of the plants on wires that can aerate your culture and encourage the plant’s evenly access to sunlight. Currently this modern method is called trellising.

Human intervention has been manipulated for years and redirecting on one hand to simplify its cultivation and on the other hand to encourage their grapes to become larger and sweeter. Within this species there are many varieties, which are almost always specified in the back labels of bottles of wine: Tempranillo, Garnacha, Mazuelo, Graciano, Syrah etc. 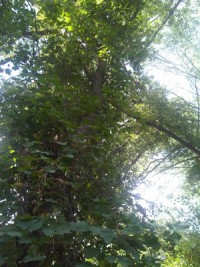 The climbing vines at Finca Valpiedra. At Finca Valpiedra there are four plantings of climbing vines of infinite beauty. One of them is over 14 meters high hanging over our heads 10 meters. In these cases, the support trees chosen by the Vitis Vinifera are the Poplars; these trees are found along the vineyards on the way towards the River Ebro and they seem to embrace much of it. These vines, of the Mazuelo variety, come from past plantings that once took place in the plot right next door. As these plants were thrown down the embankments by various growers they began to find the Poplars trees thus making this beautiful and almost forgotten area more unique and spectacular.