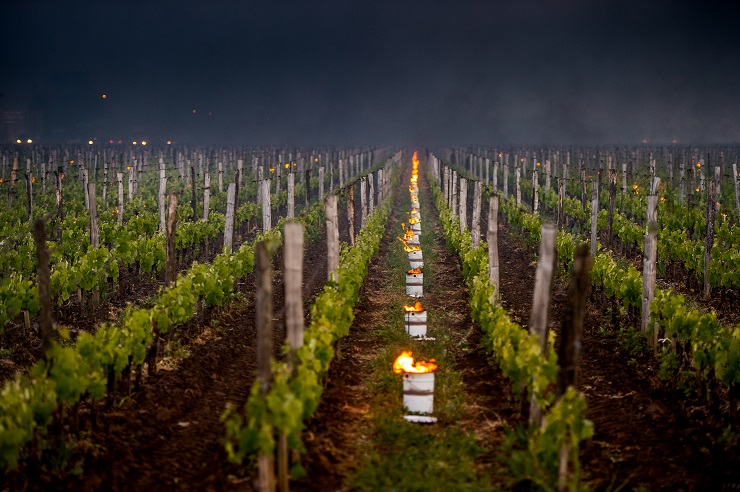 Despair, anger, tears, helplessness… The countryside, the Spanish vineyard, is suffering the consequences of the heavy frosts of last week. The start of the 2017 growth cycle presented many risks as we saw in the previous post of this very space. Early ripening and the drought that has accumulated throughout the region since last spring were highly dangerous risk factors in the event of hypothetical frosts which, unfortunately, have destroyed much of the vines in the north of Spain. The damage is also significant in France among the vast majority of wine regions including the most prestigious regions such as Burgundy, Bordeaux and Champagne.

Early budding is the main problem of these frosts because, for example, in regions such as La Rioja, the vine growth was already as advanced as if we had reached San Isidro (Saint Isidore’s Day, May 15th) in a normal year, making the damage much more intense than with slower budding and in line with the true time of year. In the case of the Ribera del Duero region, for example, the damage is also significant but the vines had only just budded so the recovery will undoubtedly be better. At the moment, we must wait for the second budding of the vines, although, the ripening process will inevitably be much shorter, and, above all, it remains to be seen how strong they will be due to the severe drought that has existed for almost a year. In any case, the vine, as has been demonstrated for thousands of years, is one of the sturdiest and most resistant plants, so, particularly with a few litres of water, we can be confident of its capacity for recovery.

The damage is extensive in the Rioja region, as it is in the regions of Galicia, Bierzo, Ribera del Duero and Rueda.

At Familia Martínez Bujanda we have been very lucky but it is also true that ‘intuitive agriculture’ has also worked for us. At Finca Valpiedra, where we have put all of our eggs in one basket because we make estate wines, our technical team applied a natural treatment to the soil during Holy Week, in order to increase the solute concentration in the sap, which did the job. We did suffer the consequences in some hillside vineyards of La Rioja Alta closer to Logroño, although we can consider ourselves to be very fortunate. In the region of Rueda, the southern area, that area which is closest to Segovia was the affected the worst.  Fortunately Finca Montepedroso barely suffered any damage.

We send our encouragement to all vine-growers, not only Spanish ones. In recent days there have been spectacular pictures on social networks showing candles, heaters and even helicopters being used to try and mitigate frost damage in France. In the Rioja region, vine-growers with watering systems had their sprinklers going on full power through the night in order to try and protect their vineyards by using a film of water to halt the effects of nature. This battle against the elements helps us to understand why wine is a fantastic product, why each year is different and why the harvest, at the end of the cycle, has always been considered to be a celebration.