In La Rioja this past weekend was the Fourth Edition of the photographic rally around wine, with the participation of four wineries in the designation of origin, among which was Finca Valpiedra and a restaurant. 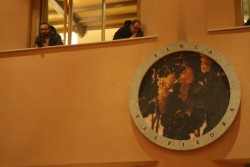 Arranged by the newspaper “La Rioja”, the hundred participants in the photographic rally began early on Saturday, November 30th to visit all four wineries and restaurant participants for the day. Finca Valpiedra of Family Martínez Bujanda, Pagos de Leza, El Coto, Baron de Ley, and the Restaurant Delicatto were the facilities made famous by the fans who participated in the day, collecting any of the prizes offered by the organization.

The starting point of the rally was the headquarters of the newspaper “La Rioja”, where participants came to the first of their visits Finca Valpiedra of Familia Martínez Bujanda in the town of Fuenmayor, near of Cenicero. On this estate, participants were able to visit and photograph all areas if the winery from the tanks to where the wines are produced and stored, through the barrel room, the bottle and the tasting room. Also, visitors could enjoy the scenery surrounding the winery, from the viewpoint with which the estate is also famous, where you can enjoy the wonderful meander of the Ebro River as it runs along the estate.

From Finca Valpiedra, participants in the rally headed to the Rioja Alavesa region to visit two other wineries: Pagos de Leza (Leza) and El Coto (in Oyón). From Rioja Alavesa, they next went to Mendavia, more specifically the winery Baron de Ley. The rally finished at Delicatto Restaurant where there was a lunch for all participants.

After the rally, it is the job of the judges, who will be responsible for assessing the work of fans and who will award prizes to the best ones. All photos taken by the contestants will be available to the wineries and we will show you in on this site as we receive them. 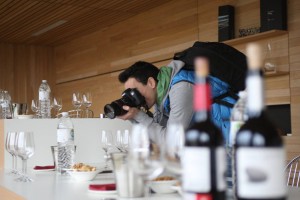 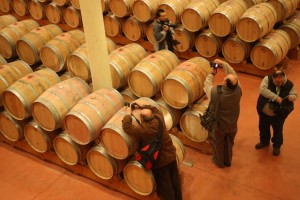