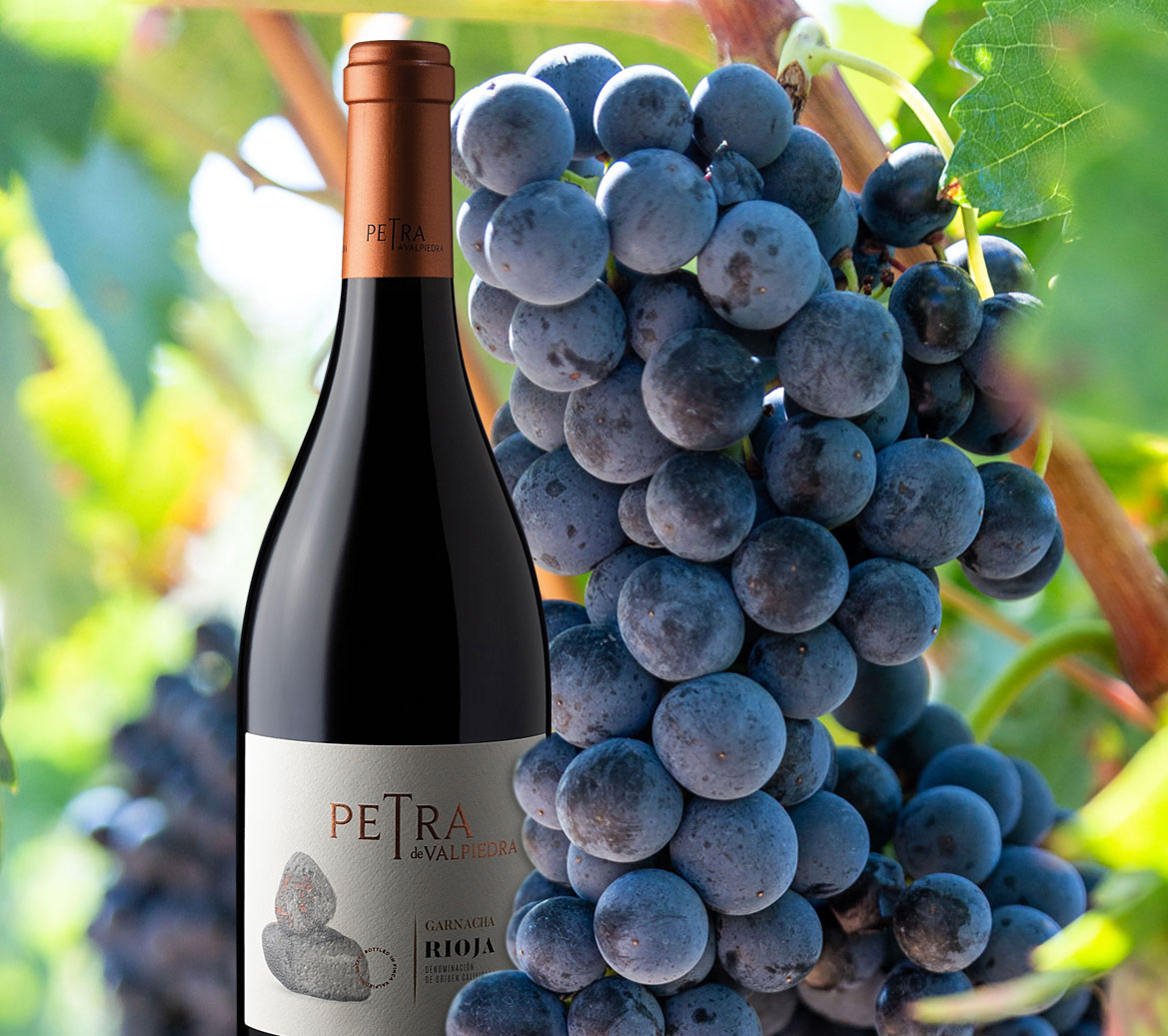 Let’s discuss one of the most important grape varieties – the garnacha strain. For a long time, this strain has been associated with the production of wines of medium quality. However, in these past few years its history has changed significantly. This grape variety has become a total referent in both national and international markets, since it has come into vogue and conquered anyone who considers themself a genuine wine lover.

In Spain, garnacha is the third most grown grape strain, and the fifth most common one worldwide. Wines made from this grape variety are characterised by their high alcohol content, and stand out as intense, well-rounded, fruity and very elegant wines with medium acidity. This makes these wines have a very attractive colour, as well as being very tasty and very easy to enjoy. Plus, another two strengths of these wines include their versatility and longevity. Finally, we can identify five variations of this wine strain: tinta, white, red, tintorera and peluda. These receive different synonymies such as grenache, depending on the area, in the same as with other grape varieties and winemaking regions.

In this post, we will focus on the tinta garnacha. This variety requires a warm climate to grow, such as the one present in the Spanish inland where the variety originates from, specifically from the region of Aragon. This variety matures relatively late, and is very vigorous, productive and wind resistant, as well as perfectly adapted to the poor and dry soils where it is commonly grown. Currently, the strain is mainly grown in Zaragoza, Toledo, La Rioja, Madrid and Tarragona, as well as some zones like Valle del Alberche, in Avila. Outside of Spain, we can find garnacha grapes In Europe (France, Italy and Greece) and in the New World (California, Chile, Australia and South Africa).

Garnacha is a very versatile strain, as it can be used to elaborate red and rosé wines, as well as bubbly cava and sweet wines. In Spain, it can be found as single-variety wines or in coupages, especially in La Rioja, Aragon and Navarra, where it can be found partnered by the tempranillo variety, among others.

As we already announced when we launched Petra de Valpiedra in 2019, which is the garnacha wine from Finca Valpiedra, this is a homage to the old Rioja. It is a wine produced by double grafting the pulp of centenarian garnacha grapes over very old vines from an experimental plantation, which take up three hectares at Finca Valpiedra. The first vintage, in 2016, was a total success, and the 2017 one was no less. Petra de Valpiedra receives its name from Carlos and Pilar’s maternal grandmother, and is a fruity, silky, sibtle and elegant wine. It has a different profile to other garnacha single-variety wines, which usually bring more strength with them, but also less delicacy. With this wine, we perfectly transfer the values which represent this emblematic family’s idiosyncrasy and their commitment to return to La Rioja’s origins.

In addition, this wine has many merits and distinctions, including scores of 93 points in the Peñin Guide, 05 points in Tim Atkin’s Rioja Special Report, 91 points in Wine Enthusiasts and its recognition by the prestigious German magazine Wine + Markt. After an exhaustive wine-tasting at their offices, the magazine has included this wine in their list of ‘The Best 50 Rioja Wines’. In Petra de Valpiedra’s case, it holds the third place in the red generic wine list. It can be bought at out German importer’s online shop – Wein & Vinos (Wein and Wines).

In Spain, you can buy Petra de Valpiedra 2017 through our online shop.