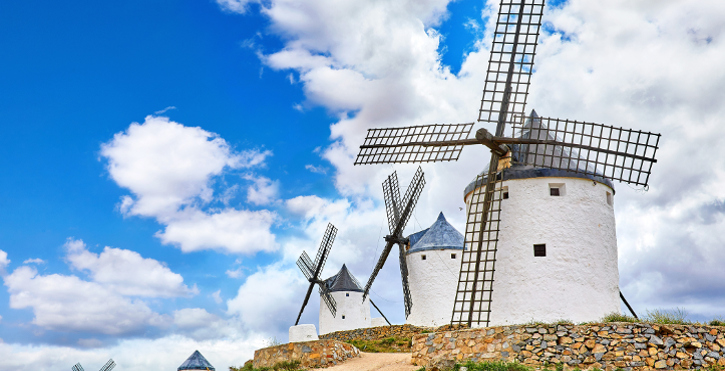 When Familia Martínez Bujanda decided to expand beyond La Rioja, they travelled across Spain looking for unique vineyards with a character of their own. On their trip, they found Finca Antigua, an extraordinary 1000-hectares estate standing 900 metres above sea level. Nearly half the surface area – 421 hectares – is covered in grapevines and the rest – 600 hectares – is scrubland typical of the Mediterranean area, dominated by oak, rosemary and thyme, and hosting a wide range of native animals.

As to the local climate, it is characterised by a wide difference between night and day temperatures, as well as between winter and summer temperatures. The high limestone content of the soil makes it especially apt for growing grapes from which unique, innovative wines are made. In sum, Finca Antigua has all it takes to grow grapes with a naturally low pH, which lends them their characteristic acidity.

But there is much more to say about Finca Antigua than the extremely appropriate conditions for grapevine cultivation. There is the estate’s interesting historical background too.

Finca Antigua stands in Los Hinojosos, less than a 90 minutes’ drive from Madrid. Most of the area is covered by agricultural land and peppered with windmills. It is close to El Toboso and other towns such as Belmonte, Mota del Cuervo, Villamayor de Santiago and Quintanar de la Orden.

Finca Antigua, which can be found halfway from Los Hinojosos (Cuenca) to Quintanar de la Orden (Toledo), is right on the Route of Don Quixote. This route runs across Castile-La Mancha, as described in The Ingenious Hidalgo Don Quixote of La Mancha, one of the most widely read classics of Western literature, by Spanish writer Miguel de Cervantes.

The route, established in 2005 to commemorate the 400th anniversary of the novel and named a Cultural Route of the Council of Europe, is one of the four routes of this kind existing in Spain, the other ones being the Santiago de Compostela Pilgrim Routes, the Routes of Al-Andalus Heritage and the Routes of Jewish Heritage.

The Route of Don Quixote consists of ten stages running along 2500 kilometres and passes through the five provinces that make La Mancha, including spots in 148 towns. Finca Antigua can be found on the route’s seventh stage.

Close by the vineyards is Los Hinojosos, which is in fact two towns separated by a road. In 1241, the border between Alarcón and Uclés was established. The border went through El Hinojoso, and the town would sit divided into two by said road, one belonging to the Council of Alarcón and the other, to the Council of Uclés of the Military Order of Santiago. It was then that El Hinojoso del Marquesado and El Hinojoso de la Orden were born and kept apart by a road some 40 feet in width. Later on, the two reunited so that today there is only one town and a single town council. Still, Los Hinojosos consists of two districts, each with its own church: San Bernabé, from the sixteenth and seventeenth centuries, in the Renaissance-Baroque style, and San Bartolomé, a typical Romanesque building.

When Familia Martínez Bujanda began operating in Finca Antigua, they planted new grapevine varieties that they thought would adapt well to the terroir, while continuing to cultivate the varieties that could resist erosion.

The wines made at Finca Antigua are modern and playful. They reflect the desire to make something special and please wine lovers, who can taste them while enjoying the amazing Route of Don Quixote. If Miguel de Cervantes and the characters in his best-known work had sipped these wines, they would have certainly loved them!