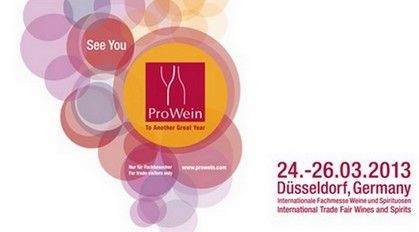 The Internacional ProWein fair brings together over 44,000 wine professionals

The new edition of this international fair had assembled from March 24th to the 26th in Düsseldorf, German.  There were more than 4,700 exhibitors from 48 countries and over 44,000 professional visitors.

The Spanish presence was represented by 159 wineries, amongst them the Familia Martínez Bujanda winery group, under the “Wine from Spain” title.

The ProWein Internacional fair had taken place recently in Düsseldorf, Germany. As the organization details, the fair was a success with 4,783 exhibitors from 48 countries, with 159 Spanish companies.

Under the title “Wines from Spain” the ICEX and the Oficina Económica y Comercial in Dusseldorf brought together these 159 wineries in the Spanish pavilion of the fair. The wines from the Familia Martínez Bujanda winery group could be tasted at their own private stand located in the ICEX pavilion.

The fair organizers also emphasized the large increase in the number of visitors from European countries such as Great Britain, Scandinavia, Benelux, France, Spain and Italy, as well as from Northern America and Asia.

They have also underlined the greater presence at the fair of wine producers from China, Tunisia and Lebanon, and the increasing interest from other countries such as Australia, New Zealand and Chile, and the “organic” products.

As well, the spirits sector was represented by almost 400 exhibitors from all over the world, with specialties such as Tequila from Mexico, herbs liquor from Norway or the Moutai from China.