The Minister of Employment and the Economy of the Government of Castilla La Mancha, Carmen Casero, stressed during his visit to Finca Antigua, the excellent facilities that contain the bodega, attached to the hard work of Familia Martinez Bujanda, to promote wine tourism and bring visitors to the area.

When visiting the facilities of Finca Antigua, the minister was accompanied by the delegate of the Board in Cuenca, Rogelio Pardo, the president of the provincial council, Benjamin Prieto, and the Mayor of Los Hinojosos, Maria Gloria Bobillo. 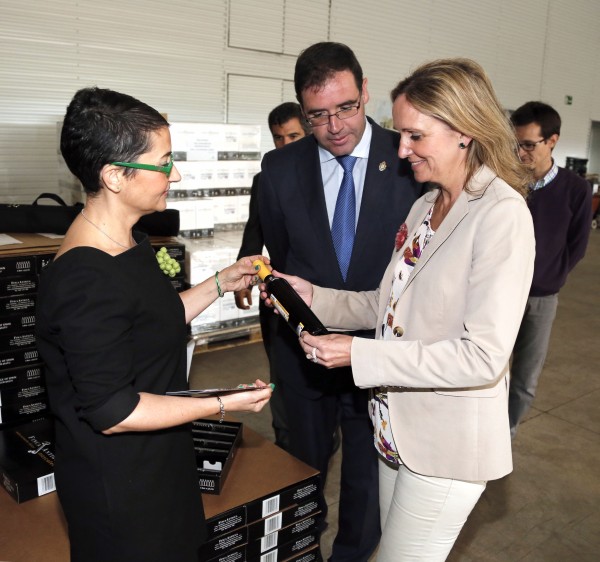 To Casero, these positive results in tourism are possible thanks to economic resources such as Finca Antigua, “…which is doing a great job in terms of wine, thanks to the first-class facilities and the work and effort of Familia Martinez Bujanda, who has managed to develop high quality wines and facilities that aim to reach 8,000 hits this year.”

“Finca Antigua is an example of the rich wine heritage that our region can offer, within the largest vineyard in the world, Castilla-La Mancha, with 17 “Pagos” and designations of origin produced in more than 600 wineries, of which 71 are visited”. Casado has also highlighted the perfect “pairing” that occurs between the wine culture and experiences that are generated in all areas of wine, converting Castilla-La Mancha into a destination of increasingly appreciated international character, not only by amateurs tasting wines, but for all those who want to know more about the process of from vine to table.

And so, he ended a day which, in all, emphasized the good work of Finca Antigua. We encourage everyone from here  to come to La Mancha and visit us. 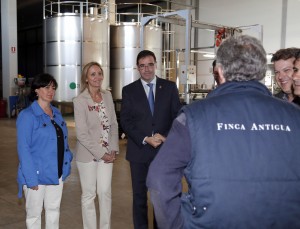 According to data from the Ministry of Employment and the Economy of Castilla La Mancha, wine tourism has contributed to the increase in the first quarter of 5.8 percent in visitors to Castilla-La Mancha, and 0.8 percent of the overnight stays, as the figures are compared with the same period of 2013.

The overnight stays during the first quarter totaled 571,598, compared to 566,671 during the same period in 2013, while in national terms the decline was 6.4 percent. In his view, “these data become much more important if you consider that Semana Santa 2013 was in the month of March.”