Great success of the FITUR Fair

This Sunday, January 26nd is the closing of the International Tourism Fair in Madrid at the IFEMA fairgrounds  with good results of participation. 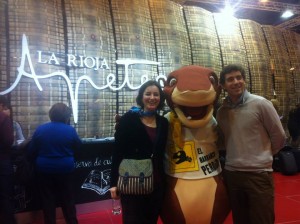 From the 22nd through the 26th of January was held FITUR, a key event for tourism worldwide. In Madrid there was be more than 120,000 professionals and nearly 9,000 companies representing the international tourism and gastronomy of 167 countries.

This 34th edition of this event take place in one of the world’s main centers for the tourism industry, it will make an impact of 180 million Euros and it will join the widest range of destinations and the best tools to help improve the business strategies, promotion and marketing sector.

All autonomous regions were represented at the fair through the stands with which each account at the fair; the best showcase for all the cultural, culinary and tourist offering the Spanish geography.

A unique opportunity that could not be passed up the wines of Familia Bujanda Martínez were present at the show through the stands of La Rioja Tourism and Hall of Castilla and Leon.

Finca Valpiedra wines was exhibited at the Stand of La Rioja, located in Hall 9, stand number 9C10.  Moreover, within the activities organized by La Rioja, Finca Valpiedra offered a tasting on Thursday the 23rd at 17.00 h with a limited capacity to 18 people. 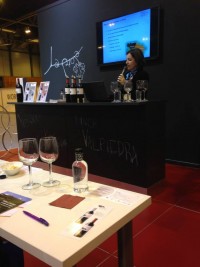 Meanwhile, at the Hall of Castilla y León there were also  present the same Thursday January 23rd at 11:30 am, the newly released Rueda Wine Route. In a ceremony which included two guest actresses of Valladolid Silvia García and María Negro they presented a promotional video, where the most representative wineries of the area, including Finca Montepedroso, was be displayed.

In addition, at the stand of Castilla La Mancha, in Hall 7, stand B-10, Finca Antigua was be represented along with a selection of other wineries of La Mancha.  Here the wine tourism group that represents the estate was be discussing its new social space “La Casona”.