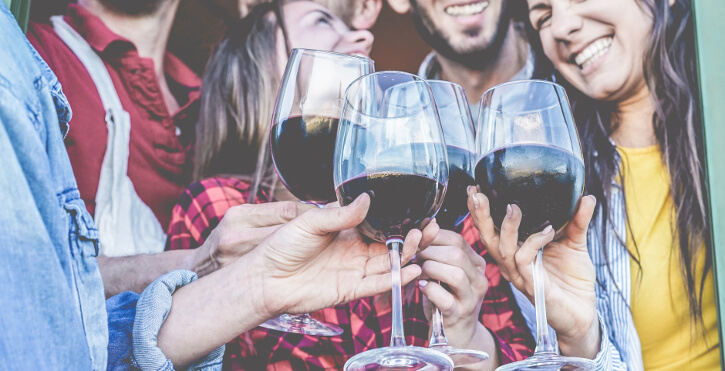 Spain is, beyond a shadow of a doubt, traditionally linked to the world of wine. Vines have been cultivated in a number of Spanish regions since time immemorial and, for centuries, wine has been the most popular drink in Iberian Peninsula.

Sometimes, making comparisons with other wine-growing regions can be a useful way to understand how important wine is in our culture and how even younger generations, exposed to a variety of different drinks, still prefer to drink wine.

Spain stands eighth in the ranking of global wine consumption by country, with 10.7 million hectolitres, according to the 2018 annual report published by the International Organisation of Vine and Wine (OIV), which provides information about wine consumption worldwide.

Furthermore, vines are grown in 969,000 hectares in Spain, a larger cultivated area than in any other country. This gives an idea of the importance of viticulture in our country, rooted in a long tradition of vine growing and winemaking.

In 2018, global wine consumption amounted to 24,600 million litres, with the USA as a global leader once again. Notably, in Russia, wine consumption increased by 7.2% in 2018, to 1190 million litres. Taken as a whole, Europe’s consumption remained stable, with little variation in individual countries. Contrary to the trend of the past years, China consumed 6.7% less wine in 2018 than in 2017.

Although wine continues to be one of the most popular drinks in Spain, we still need to attract young consumers. The younger generations prefer soft drinks or beer, which makes it necessary to promote the properties of wine among the youths. According to the Kantar Worldpanel report prepared for Lidl in 2017, people under 35 in Spain drink less wine than the average for the population as a whole. The report shows that up to 15% young Spaniards drink wine at dinner during the week at home, while the general average is 26%.

There are still tons of room for growth. We can work together to promote the health benefits of wine, so that Spain will continue to be the wine country par excellence – naturally, recommending moderate, responsible drinking.